Due to the still ongoing corona pandemic, the Annual General Meeting was held virtually again this year. The event was broadcasted on the company’s website for all registered shareholders of Delticom AG. Shareholders had the opportunity to ask their questions in advance and were able to exercise or transfer their voting rights, among others, online.

The presence at the Annual General Meeting of Delticom AG was just under 74 % of the share capital. All items on the agenda were approved by the shareholders with a large majority.

At the Annual General Meeting, the Management Board reported on the successful completion of the restructuring process and the related completion of the operational and financial reorganisation and presented the strategic roadmap for the coming years. 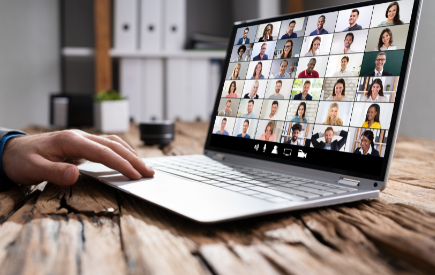 Business in the first quarter 2022

Market environment. According to estimates by the European Tyre & Rubber Manufacturers’ Association (ETRMA) and the German Rubber Industry Association (WdK), a total of 1.7 % fewer passenger car tyres were sold by retailers to consumers in Germany in the first three months of the current year. A decrease in business with summer tyres by 3.2 % and winter tyres by 12.6 % compared to the first three months of 2021 contrasts with an increase in business with all-season tyres by 8.6 %.

According to the Association for Consumer Research (GfK), the sentiment of German consumers has recently clouded over considerably. In February, there was still hope that the planned easing of the pandemic-related restrictions would also lead to a significant recovery in consumer sentiment. However, the start of the Ukraine war is increasingly unsettling consumers, according to the experts. The energy price increases associated with the sanctions against Russia, among other things, are increasingly depressing general consumer sentiment.

Sale of the US business. Delticom AG sold its 75 % shares in Delticom North America Inc. at the beginning of the current fiscal year. In this context, a one-off income in the amount of € 2.5 million was realised. The business development adjusted for the US business is referred to as “core business” in the following.

Revenues. In the first decade of March, it remained relatively cold in Germany despite a lot of sunshine, and the nights were frosty almost all over the country. Even though high pressure “Peter” subsequently ensured a spring-like level, colder air masses from the north led to a change in the weather towards the end of the month, which in some cases caused fresh snow. Accordingly, in contrast to last year, the summer tyre business was unable to benefit from an early start to the season. In addition, Easter fell in mid-April this year, two weeks later than last year. In the first quarter, Delticom Group recorded revenues of € 90.5 million. In the same period of the previous year, the US subsidiary had contributed around € 16 million to consolidated revenues of € 102.2 million. Accordingly, the company was able to achieve revenues growth of 4.4 % in its core business in the first three months of the current fiscal year.

Gross margin before other operating income. The cost of goods sold (COGS) is the largest expense item; it considers the purchase price of sold products. It amounted to € 72.5 million in the period under review (Q1 2021: € 79.6 million). Sales-related mix effects due to the delayed start of the season compared to the previous year led to a decrease in gross margin from 22.1 % to 19.9 % in the reporting period.

Gross profit. Gross profit amounted to € 27.6 million in the first three months of the current fiscal year (Q1 2021: € 28.1 million). Gross profit in relation to total income amounted to 27.5 % (Q1 2021: 26.1 %). In a year-on-year comparison, excluding the US business and the earnings contribution realised in the first quarter of the current year, gross profit margin in relation to total income for the core business was 25.7 % after 26.9 % in the previous year. Part of this decrease is due to reduced earnings contributions in comparison to the previous year amounting to a total of € 0.8 million. In addition to the loss of income from the sale of land by a subsidiary, decreasing currency gains were also recorded in the first quarter of the current year.

Transportation costs. Transport costs amounted to € 7.8 million in the reporting period (Q1 2021: € 9.4 million). The decrease of 17.4 % is mainly due to the sale of the US business. In the core business, transport costs in the first quarter were almost at the previous year’s level.

Marketing. Marketing expenses amounted to € 2.8 million in the period under review, after € 3.2 million in the previous year (-13,7 %). In the core business, the marketing expense ratio in the first three months was above the previous year at 3.1 % of revenues (Q1 2021: 2.8 %). Against the backdrop of the inflationary price environment and the weather-related delay in the start of the season, more was invested in marketing measures to promote an early start to the summer tyre season.

Financial and legal. Finance and legal expenses amounted to € 1.8 million after € 2.2 million in the previous year. The decrease of 21.0 % is mainly due to the discontinuation of restructuring costs.

EBITDA. EBITDA for the first three months amounted to € 1.7 million, an increase of 61.9 % compared to the same quarter the year before (Q1 2021: € 1.1 million). The earnings contribution from the sale of the US business helped to compensate for the decrease in gross margin before operating income due to sales-related mix effects. The EBITDA margin for the first quarter is 1.9 % (Q1 2021: 1.1 %).

Outlook. The provided outlook for the full year 2022 in terms of revenues in a range of € 480-520 million and operative EBITDA of € 12-15 million remains unchanged.

Delticom will report on the further course of the summer tyre business in its half-year report on August 11, 2022.

The product portfolio for private and business customers comprises an unparalleled range of more than 600 brands and around 40,000 tyre models for cars and motorcycles. Complete wheels and rims complete the product range. The company operates 359 online shops and online distribution platforms in 73 countries, serving more than 16 million customers.

As part of the service, the ordered products can be sent to one of Delticom’s approximately 37,000 service partners worldwide for mounting at the customer’s request.