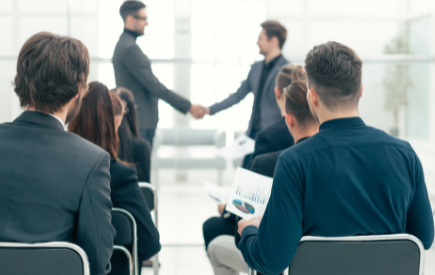 Revenues in the key eCommerce segment increased in Q1 2007 compared to Q1 2006 by 69.4 % from € 20.9 million to € 35.5 million. eCommerce has accounted for an increasing proportion of Delticom’s total revenues over the past few years. After the first three months of the current fiscal year, eCommerce already accounted for 91.1 % of revenues compared to 81.9 % last year.

This division’s positive growth is mainly due to the significant growth in the customer base. The number of registered customers, i.e., customers who have in the past (including the current fiscal year) already bought tires from Delticom at least once, increased in the eCommerce division from approx. 833 thousand on March 31, 2006 to approx. 1.4 million on March 31, 2007. In the first quarter of 2007 Delticom acquired more than 125 thousand new eCommerce customers. It is equally pleasing that more than 62 thousand customers bought tires at Delticom in the period under review who already registered as customers in prior periods (repeat customers).

“We can be very happy with the first quarter,” commented Rainer Binder, one of Delticom AG’s CEOs. “However, the weather in March this year was incredibly mild. That leads us to believe that some car drivers moved buying their summer tires forward from the second and third quarter to the first quarter. That means that it is not unlikely that the year-on-year increase in revenues and earnings in the second quarter will be lower than in the first quarter.”

The full report for the first quarter of 2007 can be downloaded at www.delti.com (“Investor Relations” section).

Delticom AG has been a tire wholesaler since 1999, and has sold tires online since 2000. The Delticom group sells its range of products to private and business customers in its eCommerce division via more than 78 online stores in more than 27 European countries and one store each in the USA and Canada. The product range comprises the following product mix or parts thereof depending on the respective market: car tires, motorcycle tires, truck tires, bus tires, the associated rims, complete wheels (rims with tires), select replacement car parts and accessories, engine oil and batteries. The products are supplied, depending on the customer’s instructions, either directly to the customer, to a service partner, i.e., a workshop with which the Delticom group cooperates and which, in some cases, allow tires to be delivered directly to their address to be mounted on the customer’s vehicle, or to a different delivery address. In addition, the Delticom group’s Wholesale division also sells tires to wholesalers and large retailers in Germany and abroad.

In the Internet under: www.delti.com
Online tire shop in Germany: www.reifendirekt.de