Delticom publishes Annual Report 2021: Double-digit revenues growth in Q4, significant increase in operating EBITDA for the full year, change in the Management Board 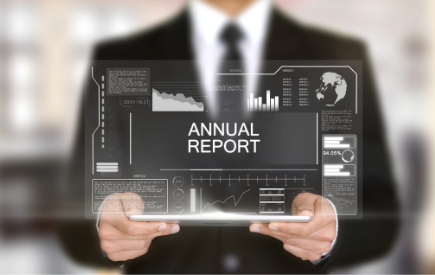 The pandemic situation, the associated restrictions and the situation on the global commodity and supplier markets have also left their mark on the European replacement tyre business over the past two years. By means of a comprehensive plan of measures combined with a refocusing on the core business – the online tyre trade in Europe – Delticom has succeeded in returning the operating core business to a profitable growth path during this period. In the past year, the company’s business orientation continued to focus on improving margins and costs in order to sustainably strengthen the company’s profitability. With revenues of € 585.4 million and an EBITDA of € 17.1 million in the past fiscal year, the company achieved the targets set at the beginning of the past fiscal year in a volatile market environment. By means of targeted cost and margin management, the company succeeded in increasing the operating EBITDA (before extraordinary expenses and income) by more than € 3.1 million or 24 % compared to the previous year and managed to operationally compensate the planned decrease in income from project business

The capital increase successfully carried out in the middle of the year contributed significantly to reducing the company’s debt in the course of the year and to strengthening the company’s equity. At the end of the reporting period, the follow-up financing was successfully concluded. Against the background of the positive development, the financing framework was reduced by € 50 million. The syndicated loan agreement concluded in December 2021 has a term of two years and is sufficiently structured with regard to the company’s future growth targets.

Market environment. According to the European Tyre & Rubber Manufacturers Association (ETRMA), the European passenger car replacement tyre business recorded an increase in sales of almost 14 % last year. Compared to the pre-Corona year 2019, however, the sales increase achieved is only 0.2 %. The degree and speed of the recovery was still very uneven in the individual European countries last year. In Germany, the largest single market in Europe, 1.7 % more passenger car tyres were sold by retailers to consumers compared to the previous year. Compared to the corresponding period in 2019 (pre-Corona year), sales in Germany are down by 8.9 %, according to the industry associations.

Revenues. Over the course of 2021, Delticom group generated revenues of € 585.4 million, an increase of 8.2 % from prior-year’s € 541.3 million. After a moderate growth in revenues of around 5 % in the first half of the year or 6.5 % in the core business, the company succeeded in increasing the group revenues by 10.8 % in the second half of the year. The inflationary price development on the raw material markets led to an increase in cost prices from the middle of the year and thus especially in the run-up to the winter season. After cost savings had been passed on to customers in a targeted manner in the third quarter in order to accelerate growth by means of an early start to the winter business, the increased prices together with the inflation surcharge were passed on to customers in the winter business. At € 209.1 million, revenues in the final quarter were 12.5 % higher than in the same period of the previous year (Q4 2020: € 186.0 million).

Gross margin. The gross margin (trading margin excluding other operating income) came in at 21.9 %, compared with 22.7 % in the previous year. The year-on-year decrease in gross margin is mainly the result of margin management in the third quarter, in which cost savings in the area of direct sales-related costs were passed on to customers in a targeted and time-limited manner in order to bring forward the start of the winter season. In the fourth quarter, the company set sales prices in line with the inflationary pricing environment. The gross margin of 21.6 % achieved in the last quarter of the year was above the previous year (Q4 2020: 20.5 %, adjusted 21.6 %) or on par with the gross margin adjusted for the transportation cost effect.

Other operating expenses. Among the other operating expenses, transportation costs is the largest line item. In the reporting period, they amounted to € 53.6 million, an increase of 7.0 % compared to the previous year (2020: € 50.1 million). With the commissioning of the new warehouse location in the border triangle of Germany, France, and Switzerland at the beginning of the past fiscal year, transport routes to customers were further optimized.

EBITDA. EBITDA for the reporting period increased by 13.7 % from € 15.0 million to € 17.1 million. The EBITDA margin for the fiscal year stood at 2.9 % (2020: 2.8 %). The focus on profitability and consistent cost management contributed to a significant improvement in operating EBITDA. At € 15.8 million, this is 24.4 % higher than in the same period of the previous year (2020: € 12.7 million). Extraordinary expenses of € 4.9 million incurred in connection with the restructuring, the capital increase and the conclusion of the follow-up financing were offset in the past fiscal year by extraordinary income from the project business and from the sale of land totaling € 6.2 million while in 2020 extraordinary expenses of € 7.2 million were incurred in connection with the restructuring and the associated discontinuation of operations, which were offset in 2020 by earnings contribution from project developments in the amount of € 9.5 million.

Depreciation. Depreciation and amortisation increased by 3.6 % from € 9.7 million to € 10.0 million in the reporting period. Of this amount, € 6.8 million (previous year: € 5.4 million) is depreciation for rights of use in accordance with IFRS 16. The increase is mainly due to the leasing of the new warehouse location in the border triangle at the end of the 2020 fiscal year.

Income taxes. Tax income for the financial year ended amounted to € 1.9 million compared with € 4.3 million in the previous year. Income tax expense of € 0.7 million was offset by income from deferred taxes of € 2.6 million. These result from existing tax loss carryforwards that can be utilized.

Inventories. The largest item in current assets is inventories. The development on the raw material markets is accompanied by rising cost prices. Against the backdrop of an inflationary price environment, the company brought forward some of the stockpiling for the summer tyre business into the past fiscal year. Accordingly, inventories were € 9.7 million higher at € 46.6 million (31.12.2020: € 36.9 million). As a result of active inventory management and higher sales, average Days Inventory Outstanding for 2021 (DIO, average inventory level divided by average cost of sales) decreased over the course of the past fiscal year, from 43.7 days in 2020 to 33.3 days in 2021.

Free cash flow. The free cash flow (operating cash flow less cash flow from investing activities) decreased from € 34.3 million to € 21.5 million. The decrease is mainly due to the change in stocking compared to the previous year as a result of further increases in purchase prices. While the summer stockpiling for the 2021 fiscal year took place at the beginning of the respective year with the gradual commissioning of the new warehouse location, part of the summer stockpiling for the current fiscal year was already brought forward to the end of 2021. Regardless of this, the free cash flow is significantly higher than originally planned in our forecast – more than € 10 million – for the full year 2021. The company uses the indirect cash flow method. The assets and liabilities held for sale on the balance sheet date are included in the cash flow statement accordingly.

For the current fiscal year 2022, Delticom group expects total annual revenues in a range between € 480 million and € 520 million. Business in the USA contributed around € 70 million to group revenues in the past fiscal year. The US business has been geared to profitability in recent years, but nevertheless achieved only low profits. This is due to the significantly different market structures compared with Europe.

Due to the deconsolidation of the US business against the background of the successful sale of our shares in the company at the beginning of the current fiscal year, there will be a corresponding year-on-year decrease in consolidated revenues in the current year. At the present time, there is still considerable uncertainty regarding market developments in the current year. We estimate revenues conservatively. At this point in time, we cannot reliably assess the indirect effects of the war in Ukraine, such as the impact of rising prices at gas stations on tyre demand in Europe. The company currently has no sales activities in Ukraine or Russia. There is therefore no direct impact on revenues from the war in Ukraine and the sanctions imposed on Russia in this context. Possible macroeconomic developments and their impact on the market environment cannot be anticipated at the present time and have therefore not been taken into account in the forecast.

Our focus this year remains on profitability. We are planning EBITDA for the full year in a range of € 12 million to € 15 million. The sale of the US shares will result in an EBITDA contribution of around € 2.5 million. A possible reinvestment in the current year is not ruled out. The earnings contributions from project developments planned for this year will cover the costs of the syndicated loan agreement and accordingly will not make any additional contribution to earnings.

Change in the Management Board of Delticom AG

Thomas Loock, CFO of Delticom AG, will resign from his position as a member of the Management Board of Delticom AG at the end of the day of the Annual General Meeting (10 May 2022) by mutual agreement with the Supervisory Board. The company, and in particular the entire Management Board, deeply regrets Mr. Loock’s resignation and would like to thank him for his outstanding commitment and the successes achieved in the company over the past years. The financial and thus the complete restructuring was completed at the end of January 2022 with the activation of the syndicated loan agreement. This means that Delticom is fully financed for the next two years. Stringent working capital management and the successful capital increase in the middle of last year have contributed significantly to reducing the company’s debt. With the successful sale of the shares in the US subsidiary, the strategic refocusing on online tyre trading in Europe has also been completed. In connection with the achievement of these strategic goals and the establishment of a good basis for the future, Thomas Loock has decided to take on new professional challenges. The company will fill the position of Chief Financial Officer and has already actively initiated the re-staffing process. After Mr Loock’s resignation in May, Andreas Prüfer will take over Mr Loock’s responsibilities on an interim basis until a new appointment is made.

The complete report for the 2021 fiscal year can be downloaded from the website www.delti.com in the “Investor Relations” section.

The product portfolio for private and business customers comprises an unparalleled range of more than 600 brands and around 40,000 tyre models for cars and motorcycles. Complete wheels and rims complete the product range. The company operates 359 online shops and online distribution platforms in 73 countries, serving more than 16 million customers.

As part of the service, the ordered products can be sent to one of Delticom’s approximately 37,000 service partners worldwide for mounting at the customer’s request.