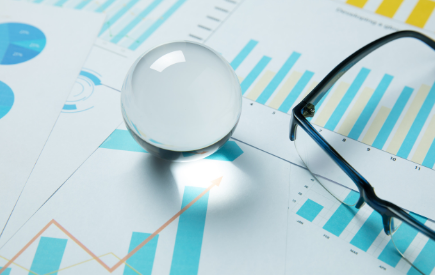 Market environment. Although the consumer climate according to the Society for Consumer Research (GfK) in October has ended its crash of the last few months for the time being, consumer sentiment in this country remains very tense according to the experts. The current high inflation rate of 10 % – primarily driven by higher energy prices – is leading to a significant reduction in consumer purchasing power and consequently to the postponement of larger purchases, for example.

This also had an impact on German online trade. According to the German E-Commerce and Distance Selling Trade Association (bevh), revenues for goods in e-commerce fell by 10.8 % to € 19.8 billion in the third quarter of 2022 compared to the corresponding period of last year. Cumulatively for the first nine months of 2022, revenues were 4.4 % lower than in the same period of the previous year.

With regard to the European replacement tyre market, market data from the European Tyre and Rubber Manufacturer’s Association (ETRMA) for the tyre industry show that in the largest sub-segment by volume, consumer tyres (passenger, SUV and light truck tyres), 9 % fewer tyres were sold in the third quarter of 2022 compared to the corresponding period in 2021. The summer tyre business (-19 %), the all-season tyre business (-5 %) as well as the winter tyre business (-7 %) recorded a decrease in sales. Cumulative sales for the first nine months of 2022 were 1 % higher than in the same period of the previous year.

Sale of the US business. Delticom AG sold its 75 % shares in Delticom North America Inc. at the beginning of the current fiscal year. The business development adjusted for the US business is referred to as “core business” in the following.

Weaker end customer demand was cushioned by stronger demand in business with commercial customers. Inflationary price developments contributed significantly to the development of revenues in the past months.

Other operating income. Other operating income for the period under review amounted to € 23.3 million (9M 2021: € 22.9 million). In addition to the income from the sale of the US subsidiary in the amount of € 3.4 million, it includes income from exchange rate differences in the amount of € 6.2 million after € 2.8 million in the previous year. The currency gains were offset by exchange rate losses. The balance of currency gains and losses for the first nine months of 2022 amounts to € -0.8 million (9M 2021: € 0.6 million).

In the third quarter, other operating income of € 4 million was generated, a year-on-year reduction of € 2.4 million (Q3 2021: € 6.4 million). The year-on-year decrease in other operating income was mainly due to the reallocation of bonuses retroactively received to cost of sales. In the previous year’s comparison, such a reallocation only became necessary in the final quarter. The balance of currency gains and losses for Q3 2022 amounts to € -0.8 million (Q3 2021: € 0.2 million).

For the third quarter, the gross margin of 21.6 % is above the gross margin of the core business in the same quarter of the previous year of 20.6 % (Q3 2021 Group incl. USA: 20.3 %). This positive margin effect results exclusively from the reallocation in the area of other operating income.

When looking at the gross profit for the third quarter, the effect from the reallocation of the subsequently received bonuses to cost of sales is eliminated. Gross profit amounts to € 29.6 million in Q3 2022 (Q3 2021: € 32.2 million, core business: € 28.5 million). This corresponds to a gross profit margin in relation to total income of 24.2 % (Q3 2021: 24.1 %, core business: 25.1 %). In addition to the sales mix, the delayed start of the season in the high-margin winter business with private end customers has led to a decreasing margin development.

Transport costs. Transport costs amounted to € 26.4 million in the first nine months (9M 2021: € 34.3 million, core business € 28.8 million). The decrease of € 2.4 million in the core business is partly due to weaker demand in the end customer business. The shortening of delivery distances in connection with the new warehouse location opened last year is helping to cushion the rising costs in the area of transport logistics.

Warehousing. The inventory costs increased from € 6.7 million in the previous year to € 8.6 million. The increase is mainly due to the opening of the new warehouse location last year. The warehouse was gradually ramped up last year and the shipping volumes gradually increased in the course of 2021.

Financial and Legal. Finance and legal expenses for 9M 2022 amount to € 5.3 million (9M 2021: € 8.0 million). The decrease is mainly due to the completion of the restructuring last year and the discontinuation of the costs incurred in this context. This year, the costs of the syndicated loan agreement are running against the savings.

At € -1.2 million, EBITDA in the third quarter is significantly below the previous year (Q3 2021: € 2.8 million). In addition to the decrease in the gross profit margin in the quarter and the negative currency effect, severance payments, agency commissions in connection with the subleasing of warehouse space and increased marketing expenses burdened EBITDA in the third quarter.

Outlook. The management confirms the full-year forecast of revenues in a range of € 480-520 million and an operating EBITDA of € 12-15 million. The fourth quarter will play a central role in terms of profitability for the year as a whole.

The organisation has initiated a comprehensive work programme for the finance department with the aim of optimising the efficiency of the commercial-administrative processes in the back-office functions. The finance team is receiving external support in this process. Due to the associated consulting costs, the severance payments made in the third quarter and the costs in connection with the full consolidation of Extor GmbH, it cannot be ruled out at this point that, if the upper revenues corridor is reached, the operating EBITDA will not automatically be at the upper end of the forecast range.

The product portfolio for private and business customers comprises an unparalleled range of more than 600 brands and around 40,000 tyre models for cars and motorcycles. Complete wheels and rims complete the product range. The company operates 270 online shops and online distribution platforms in 72 countries, serving around 18 million customers.

As part of the service, the ordered products can be sent to one of Delticom’s approximately 34,000 partner garages in Europe for mounting at the customer’s request.