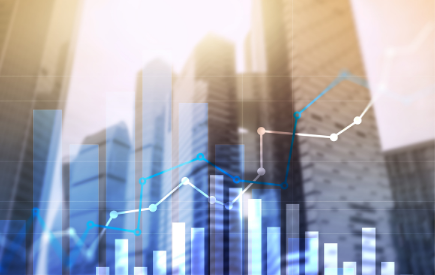 The global recovery from the Corona crisis has clearly lost momentum after the turn of the year. After commodity prices had already risen across the board last year, Russia’s invasion of Ukraine led to a further price surge this year. A strong increase in demand worldwide due to the economic situation is being met with reduced supply in Europe for both oil and natural gas, not least due to the sanctions imposed by the EU against Russia. In view of the economic disruptions, inflation has risen sharply worldwide in recent months. In July, the inflation rate in the euro area reached a record level of 8.9 % due to the rapid increase in energy prices. This is not without consequences for consumer spending. Most recently, private consumption in the euro area was around 3 % below the pre-crisis level of the fourth quarter of 2019.

In a challenging market environment, Delticom succeeded in exploiting existing market opportunities in its core business and further improving profitability in line with its targets.

Business in the first six months

Market environment. In view of the rising cost of living and energy as a result of the war in Ukraine, general consumer sentiment in Germany also deteriorated in the first six months of the current year. According to the German E-Commerce and Distance Selling Trade Association (bevh), this also affected domestic online retailing in the first half of the year, which recorded a 9.6 % decrease in revenues in the second quarter of 2022 compared to the same period of the previous year. On a half-year basis, e-commerce revenues in Germany were 1.3 % below the previous year.

Replacement tyre business. According to estimates by the European Tyre & Rubber Manufacturers’ Association (ETRMA) and the German Rubber Industry Association (WdK), passenger car tyres sold by retailers to consumers in Germany in the first six months of the current year were 1.0 % lower than in the same period last year.

ETRMA’s market data for the tyre industry show that the European replacement tyre market in the consumer tyre sub-segment (passenger car, SUV and light truck tyres), the largest in terms of volume, grew by 7.3 % in the first half of the year compared to the first six months of 2021. While a decrease of 5 % was registered for summer tyres, sales of all-season and winter tyres increased by almost one third each (27 % and 28 % respectively). These market figures are sales from the industry to the trade (sell-in).

Revenues. At the beginning of the year, the company sold its shares in the US subsidiary. For this reason, the revenues for the core business Tyres Europe are shown in comparison to the previous year. In addition, the reported consolidated revenues incl. USA in the previous year are stated as “reported”. In the first six months of the current fiscal year, Delticom Group’s core business Tyres Europe generated revenues of € 220 million, an increase of 2.5 % compared to the previous year (H1 2021 reported: € 249 million, thereof € 35 million USA).

In total, Delticom Group generated revenues in its core business Tyres Europe of € 91 million in the first quarter of the current fiscal year, an increase of 4.4 % compared to the previous year (Q1 2021 reported: € 102 million, thereof € 16 million USA). Due to the weather and the Easter effect, the summer tyre business did not benefit from an early start to the season in contrast to the previous year.

In the second quarter, the company’s core business Tyres Europe generated revenues of € 129 million, an increase of 1.1 % compared to the previous year (Q2 2021 reported: € 147 million, thereof € 19 million USA). Unlike in H1 2021, the seasonal peak in the summer tyre business this year was not until May. Against the background of economic and geopolitical developments and in view of the seasonal curve in business with private end customers, which has shifted in time compared to the previous year, it can be assumed that motorists in Europe are postponing tyre purchases where possible.

Gross margin. The company achieved a gross margin simple (gross margin excluding other operating income) of 21.2 % in the reporting period, after 22.9 % in the corresponding prior-year period. Due to the development on the raw material markets, purchasing prices are rising. Procurement costs for tyres produced outside Europe are also rising. This development has led to a change in the mix in the summer tyre business compared with the previous year. Higher-priced tyres tend to show a lower margin as a percentage. The positive development of sell-in demand in Europe, together with the discontinuation of the US business, led to an increase in the share of revenues from the business with commercial end customers in H1 2022 compared with the previous year. Although margins are lower in business with commercial end customers, this part of the business has at the same time a lower cost structure than business with private end customers.

Other operating income. Other operating income increased in the reporting period by 16.5 % to € 19.2 million (H1 2021: € 16.5 million). They include the earnings contribution generated from the sale of the US company shares, which in turn compensates for the absence of earnings contributions realized in H1 2021 from project businesses and a sale of land. Marketing subsidies, proceeds from transport losses and other income are regularly generated from operating activities. The increase in other operating income in the reporting period resulted mainly from foreign exchange gains. They amounted to € 3.6 million (H1 2021: € 2.0 million, +82.2 %). FX losses are accounted for in the other operating expenses. In H1 2022 the FX losses amounted to € 3.6 (H1 2021: € 1.5 million). In the period under review, the balance from FX gains and losses was € -14.9 thousand (H1 2021: € 0.4 million).

Other operating expenses. The largest single item within other operating expenses is transport costs. These amounted to € 17.9 million after € 23.7 million in the comparative period. The decrease of 24.4 % is partly due to the discontinuation of the US business. Weaker sales development compared to the previous year and shorter delivery routes due to the decentralized warehouse infrastructure also contributed to the downward trend. Transportation costs as a percentage of revenues amounted to 8.2 % (H1 2021: 9.5 %).

Marketing. In the reporting period, € 6.2 million (H1 2021: € 8.9 million, -30.6 %) was spent on marketing. The significant decrease resulted to a large extent from the discontinuation of the US business. Due to weaker demand in the European core business in Q2, marketing expenses were also adjusted in line with the circumstances. Marketing expenses as a percentage of consolidated revenues were 2.8 % (H1 2021: 3.6 %).

Financial and Legal. Financial and legal expenses in the reporting period amounted to € 3.3 million, after € 6.0 million in the previous year. The decrease of 44.8 % is due to the discontinuation of restructuring costs. These totalled € 3.0 million in H1 2021. Delticom classifies the costs directly or indirectly related to the follow-up financing within legal and consulting fees in the amount of approximately € 1.0 million in H1 2022 as non-operating and eliminates them accordingly for the calculation of operative EBITDA.

Receivables. Trade receivables usually follow the seasons, but reporting date effects are often unavoidable. At the end of the second quarter, receivables amounted to € 39.4 million (31.12.2021: € 41.2 million, 30.06.2021: € 47.8 million). The reduction in the reporting date comparison is mainly due to miscellaneous other receivables. As the payment of the proceeds from the capital increase with subscription rights last year did not take place until the beginning of July, there were corresponding receivables as of the balance sheet date at that time. Trade accounts receivable totalled € 20.4 million on the balance sheet date (31.12.2021: € 16.5 million, 30.06.2021: € 19.5 million).

Cash flow. Cash flow from operating activities for H1 2022 amounted to € -11.2 million (H1 2021: € -15.6 million). In addition to the improvement in earnings, the year-on-year improvement resulted in particular from working capital.

For the core business Tyres Europe, we continue to forecast consolidated revenues in a range of € 480 million to € 520 million for the full year 2022. At the end of the first half-year and in view of the economic conditions in Europe, it is currently assumed that European consumers will continue to be reluctant to spend in the second half of the year, particularly with regard to purchases that can be postponed due to inflation rates and rising energy prices. Against this backdrop, it cannot be ruled out that motorists will postpone tyre purchases despite low tread depth, especially in the event of a mild winter.

We also confirm operating EBITDA for the full year in a range between € 12 million and € 15 million. In connection with the sale of the US shares in Delticom North America Inc. at the beginning of the year, non-recurring income of € 2.5 million was realized. The disposal of the minority interests in equity resulted in an additional earnings effect of € 0.9 million, which is also classified as extraordinary income and thus as non-operating. A possible reinvestment of the earnings contributions from the US sale in the current year cannot be ruled out. The exceptional income from the US sale is also partly offset by expenses for the full year which the company classifies as non-operating. In addition to the costs incurred directly or indirectly in connection with the follow-up financing, these also include non-recurring expense items relating to the optimization and automation of the warehouse infrastructure.

The report for the first six months 2022 stands ready for download within the “Investor Relations” section of the website www.delti.com.

The product portfolio for private and business customers comprises an unparalleled range of more than 600 brands and around 40,000 tyre models for cars and motorcycles. Complete wheels and rims complete the product range. The company operates 270 online shops and online distribution platforms in 72 countries, serving around 18 million customers.

As part of the service, the ordered products can be sent to one of Delticom’s approximately 34,000 partner garages worldwide for mounting at the customer’s request.