Delticom increases revenues in its core business by 6.5 % and achieves a positive consolidated net income already on a half-year basis 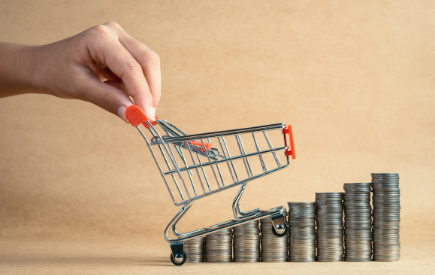 Market environment. Even though retailers were able to sell 8.4 % more tyres to consumers in Germany in the first half of 2021 compared with the same period of the previous year, the German passenger car replacement tyre business as a whole is still well below the pre-pandemic level at the end of the first six months of the current year. According to estimates by the European Tyre and Rubber Manufacturers’ Association (ETRMA) and the German Rubber Industry Association (WdK), a total of 13.5 % fewer passenger car tyres were sold by retailers to consumers in the first six months of the current year compared to the corresponding period of H1 2019 – and thus before the sharp slump in the first half of 2020 caused by corona. A 19.2 % decline in summer tyre sales compared to the more than 6 % drop in sales already recorded in the first half of 2019 contrasts with a 21.2 % increase in all-season tyre sales. Sales volumes in the winter tyre business were 34.3 % lower than in the first half of 2019.

Looking at the European replacement tyre market, ETRMA market data shows a similar picture for the tyre industry. In the largest sub-segment by volume, consumer tyres (passenger, SUV and light truck tyres), demand for tyres fell by 1.9 % in the first half of the year compared to the first six months of 2019. This corresponds to a decline of around 2 million units. The significantly higher demand in the first six months of the current year compared to the previous year reflects the expectation of a return to normality at the European level, following last year’s severe slump in sales figures by more than 20 % or more than 22 million tyres due to corona.

Revenues. In the first six months of the current fiscal year, the Delticom Group generated revenues of € 249 million, an increase of 4.7 % after € 238 million in the comparable period. The revenues contribution of the non-core activities discontinued in the course of last year amounted to around € 4 million in H1 2020. Accordingly, growth of 6.5 % was achieved in the core business in the first six months of the current year. Following the pandemic-related slump in sales in the European passenger car replacement tyre business last year, the recovery in the first six months 2021 is still very uneven in the individual European countries. In the reporting period, the company’s focus remained on generating sufficiently profitable revenues.

In total, the Delticom Group generated revenues of € 102 million in the first quarter of the current fiscal year (Q1 2020: € 93 million, +9.9 %). The non-core activities closed in the course of 2020 still contributed € 3.5 million to consolidated revenues in Q1 2020. Accordingly, growth of more than 14 % was achieved in the core business in Q1 2021. In contrast to the previous year, spring-like temperatures at the end of March brought forward the start of the summer tyre season. In addition, Easter this year fell at the beginning of April and was therefore two weeks earlier than last year. For many safety-conscious drivers, Easter represents the time to switch to summer tyres according to the rule of thumb “from Easter to October”, depending on the prevailing weather and the associated road conditions. Due to the pull-forward effects described above, business was particularly strong in March.

In the second quarter, the company generated revenues of € 147 million, an increase of 1.4 % compared with the same quarter last year (Q2 2020: € 145 million). Adjusted for the revenues contribution of the non-core activities closed in the course of 2020, growth in the core business in Q2 2021 amounts to 1.6 %. Due to the aforementioned pull-forward effects in the traditional refitting countries and correspondingly strong March business, demand in April was weaker than in the corresponding prior-year month. With vaccination rates rising and incidence levels declining, European countries cautiously eased the restrictions during the second quarter. Although overall replacement tyre demand in Europe gained momentum in the first six months compared to the previous year, the recovery in individual European countries has been uneven. In selected countries, which play an important role with regard to the further course of the season after the seasonal peak, growth momentum in the second quarter remained rather subdued.

Gross margin. The cost of goods sold (COGS) is the largest expense item; it considers the purchase price of sold products (mainly tyres). Group COGS increased by 5.9 % from € 182 million in H1 2020 to € 192 million in H1 2021. The company achieved a gross margin simple (gross margin excluding other operating income) of 22.9 % in the reporting period, after 23.7 % in the corresponding prior-year period. The decline in gross margin is not of an operational nature. For parts of the business, transport costs have to be recognized in cost of materials due to a change in reporting requirements since last year. This reclassification leads to a corresponding effect in the gross margin in a year-on-year comparison. In the first six months of the current year, the focus remained on generating sufficiently profitable revenues.

Other operating income. Other operating income increased in the reporting period by 86.1 % to € 16.5 million (H1 2020: € 8.9 million). Income of € 2.8 million relates to one-off effects. An amount of € 0.3 million was generated from the sale of land by a subsidiary. A further € 2.4 million relates to income contributions from project businesses. A good portion of this comes from the project already realized at the end of the last financial year, whose contribution to income could not, however, be fully recognized in the 2020 financial year.

Other operating expenses. The largest single item within other operating expenses is transport costs. These amounted to € 23.7 million after € 24.1 million in the comparative period. The decrease of 1.7 % is mainly due to the change in reporting requirements. For parts of the business, transport costs are now included in the costs of goods sold and must be recognized accordingly. In fiscal year 2020, this adjustment was made retrospectively for the full year in December in connection with the audit of the annual financial statements. The share of transportation costs against revenues in H1 2021 amounted to 9.5 % (H1 2020: 10.1 %, before reclassification). Excluding the effect from adjustment, the transportation cost ratio in H1 2021 is with 10.1 % of revenues unchanged compared to the previous year.

Financial and Legal. Financial and legal expenses in the reporting period amounted to € 6.0 million, after € 6.3 million the previous year (-4.6 %). Cost savings of around € 0.9 million in connection with the restructuring offset the costs of the successful capital increase, which were not passivatable via equity, as well as increased auditing and acquisition costs.

Depreciation. Depreciation and amortization amounted to € 5.3 million in the reporting period, compared with € 4.7 million in H1 2020. The increase of 12.7 % is accompanied by depreciation on the rights of use for the long-term lease of the new warehouse location in the border triangle.

Receivables. Trade receivables usually follow the seasons, but reporting date effects are often unavoidable. At the end of the second quarter, receivables amounted to € 47.8 million (31.12.2020: € 33.3 million). The significant increase since the beginning of the year is mainly due to miscellaneous other receivables, as the payment of the proceeds from the capital increase with subscription rights was not made until the beginning of July. Trade accounts receivable totalled € 19.5 million on the balance sheet date (31.12.2020: € 19.1 million).

Cash flow. As a result of the accelerated inventory build-up and the corresponding development in working capital, cash flow from operating activities for H1 21 decreased to € –15.6 million (H1 20: € 6.9 million).

Outlook – confirmation of the full-year guidance

The company’s management continues to expect consolidated revenues in the current year to be in the range of € 550 million to € 590 million. At the half-year stage, demand for replacement tyres was still very mixed in the individual countries in which the company operates following the corona-related slump last year. The 6.5 % revenues growth in the core business in H1 2021 is mainly due to the positive development in the refitting countries. Due to the progress made in the vaccination campaigns and the downward trend in infection figures, the company expects demand to stabilize further at a pan-European level in the second half of the year on the premise that there will be no further drastic lockdowns in the fall and that the lives of European consumers and thus their mobility behavior will continue to normalize accordingly.

We continue to forecast EBITDA for the full year in a range of € 16 million to € 20 million, depending on sales. We expect EBITDA to increase directly once the lower end of the revenue forecast is exceeded. Earnings contributions from project developments are also expected in the second half of the year, which will compensate for the burdens from restructuring. Although these earnings contributions will be higher than in H1 2021, the contribution in H2 2021 will nevertheless be significantly lower than the earnings contribution realized at the end of last year. In the further course of the year, our focus will remain on generating sufficiently profitable revenues.

Restructuring expenses of € 3.0 million were incurred in the first six months of the current year. The amount of restructuring expenses for the full year 2021 will largely depend on when the follow-up financing is concluded in the course of the second half of the year. At the present time, we assume that the restructuring expenses, which were estimated at € 4 million at the beginning of the year, will amount to around € 5 million for the year as a whole. The company will continue to make every effort with the aim of not significantly exceeding the original anticipated budget.

The close control of working capital management will continue to play a central role. For the current year, we continue to plan a positive free cash flow of more than € 10 million.

The report for the first six months 2021 stands ready for download within the “Investor Relations” section of the website www.delti.com.

The product portfolio for private and business customers comprises an unparalleled range of more than 600 brands and around 18,000 tyre models for cars and motorcycles. Complete wheels and rims complete the product range. The company operates 351 online shops and sales platforms in 73 countries, serving more than 16 million customers.

As part of the service, the ordered products can be sent to one of Delticom’s approximately 37,000 workshop partners worldwide for mounting at the customer’s request.

Based in Hanover, Germany, the company operates primarily in Europe and the USA and has extensive expertise in the development and operation of online shops, internet customer acquisition, internet marketing and the establishment of partner networks.

In fiscal year 2020, Delticom AG generated revenues of around 541 million euros. At the end of last year, the company employed 177 people.

Delticom AG shares have been listed in the Prime Standard of Deutsche Börse since October 2006 (ISIN DE0005146807).